The Perniö soil failure test put automatic inclinometers to unimaginable conditions. Nine devices were used to monitor the ground around the test site.

The Perniö soil failure test put automatic inclinometers to unimaginable conditions. Nine devices were used to monitor the ground around the test site.

In October of 2009 Tampere University of Technology (TUT) and the Finnish Rail Administration conducted a full-scale railway embankment failure experiment in Salo, Finland.

A new, small railway embankment was built in place of an old, de-commissioned blind track on a clayey soil. Four steel frameworks, each 12 meters long, were used to simulate short railway cars with bogie carriages. The frameworks were loaded with modified shipping containers which were gradually filled with sand.

The test area was extensively instrumented with 40 pore pressure gauges, 9 inclinometer tubes, 2 total stations monitoring a total of 27 prisms, 9 earth pressure gauges, 3 settlement tubes and 76 slip surface measuring pipes. In addition, the weight of the containers was measured with strain gauges on the frameworks. Acceleration gauges were used to measure the tilt angle of the containers. The fall test lasted for appr. 24 hours. During this time considerable overload was loaded onto the carriages. 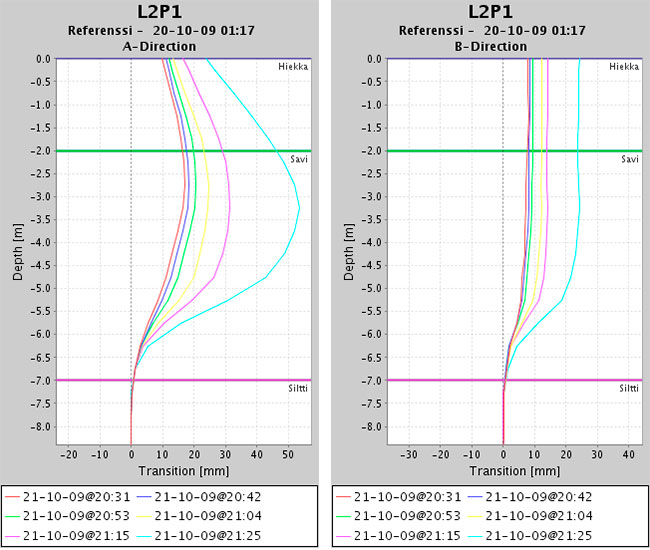 All devices detected movements before the actual failure of the railway structure. In normal conditions the alarm system gives an alarm immediately when movements are detected, which gives enough time to ensure safety.

After the carriages had tipped over, the horizontal movements were approx. 1000 mm. All measurement devices operated perfectly also after the large movements. 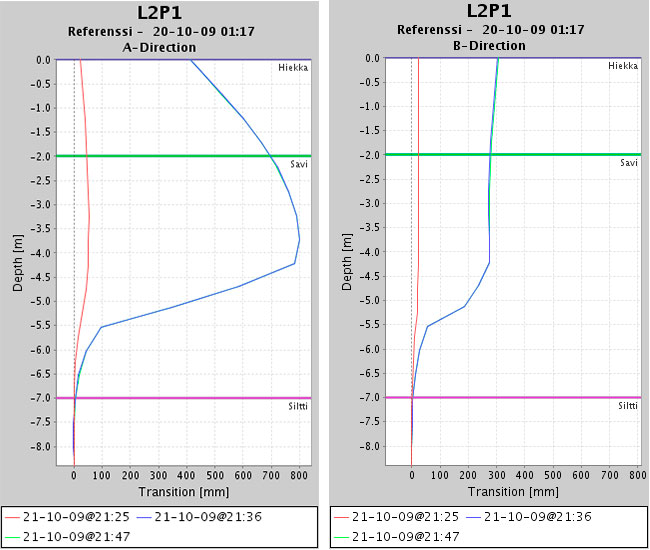 See the video filmed by Tampere University of Technology.

This website uses cookies to improve your experience while you navigate through the website. Out of these, the cookies that are categorized as necessary are stored on your browser as they are essential for the working of basic functionalities of the website. We also use third-party cookies that help us analyze and understand how you use this website. These cookies will be stored in your browser only with your consent. You also have the option to opt-out of these cookies. But opting out of some of these cookies may affect your browsing experience.
Necessary Always Enabled
Necessary cookies are absolutely essential for the website to function properly. This category only includes cookies that ensures basic functionalities and security features of the website. These cookies do not store any personal information.
Non-necessary
Any cookies that may not be particularly necessary for the website to function and is used specifically to collect user personal data via analytics, ads, other embedded contents are termed as non-necessary cookies. It is mandatory to procure user consent prior to running these cookies on your website.
SAVE & ACCEPT